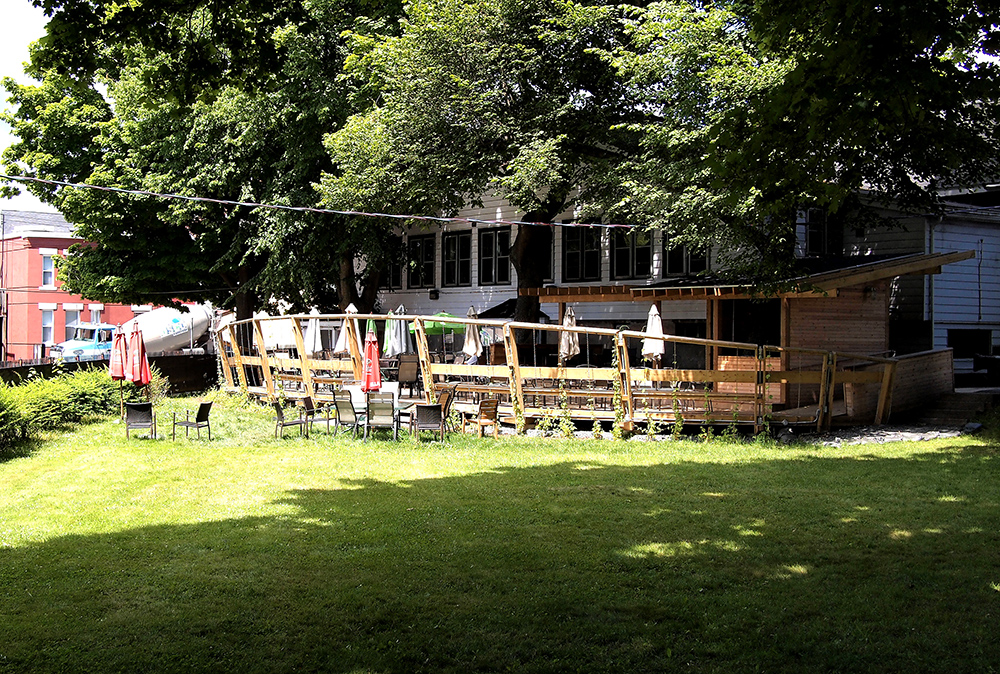 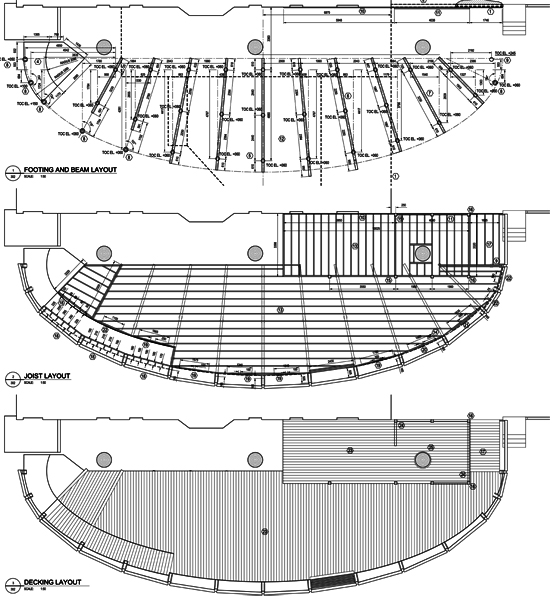 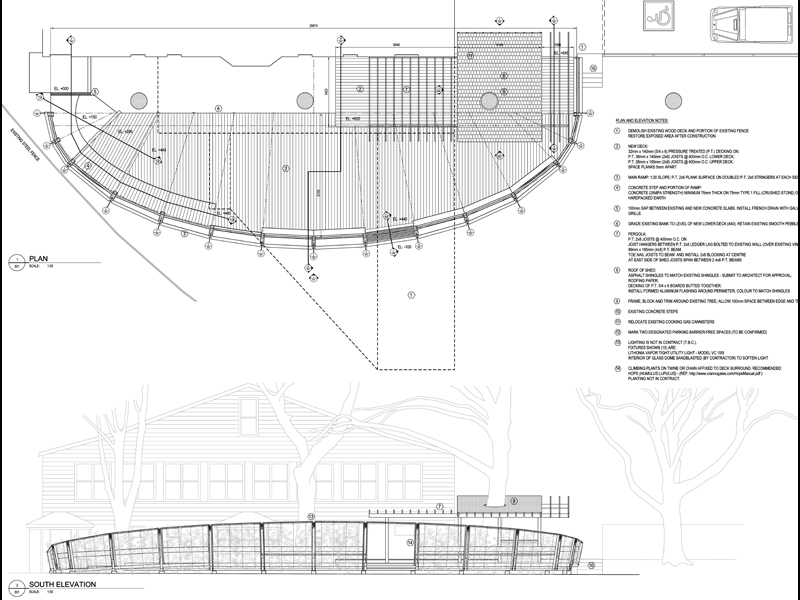 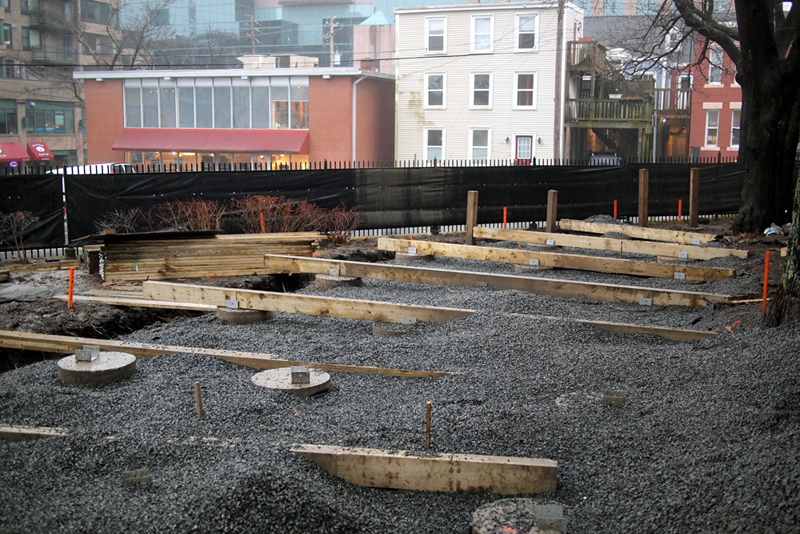 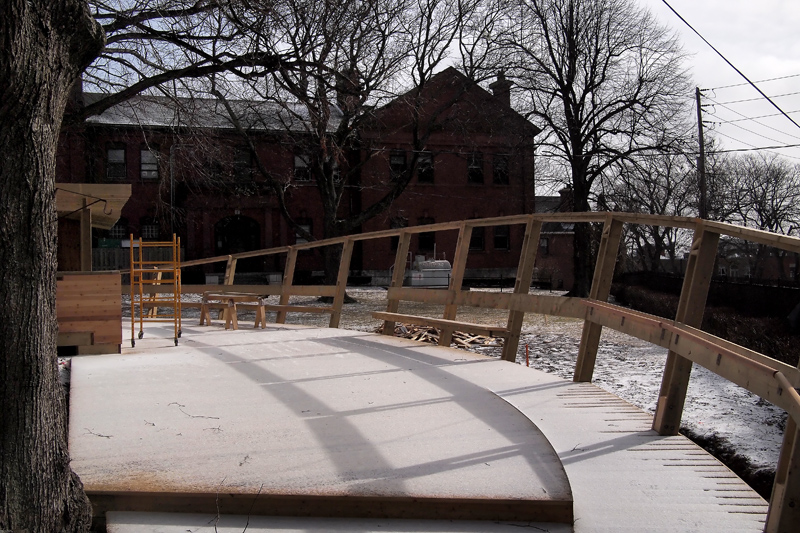 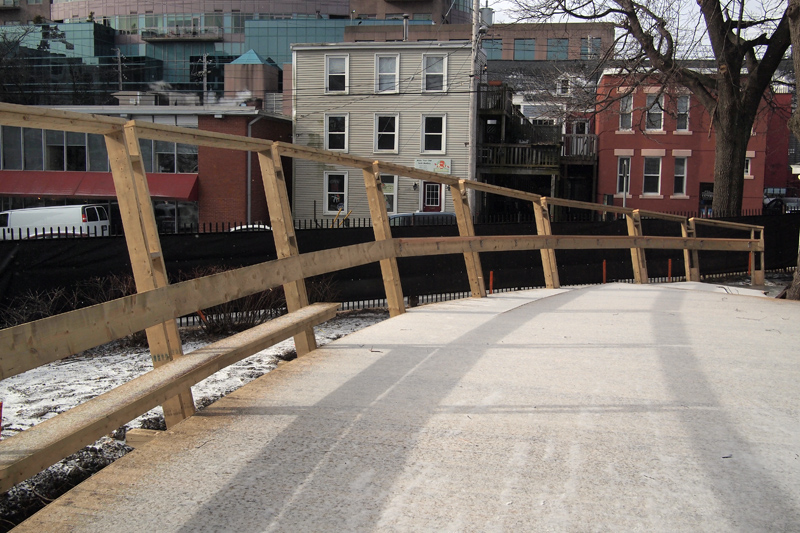 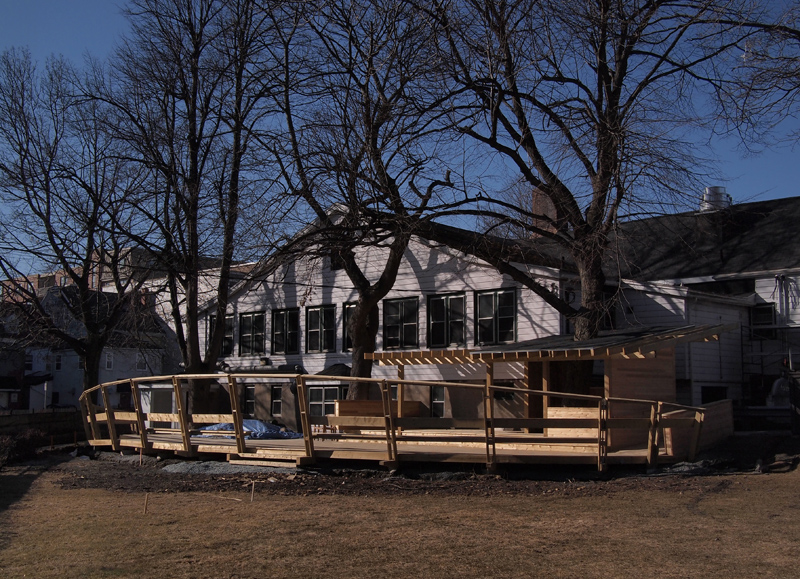 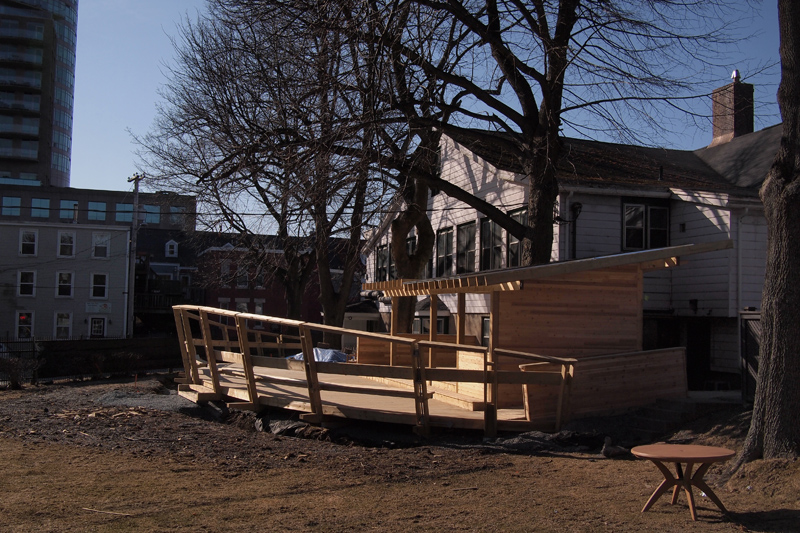 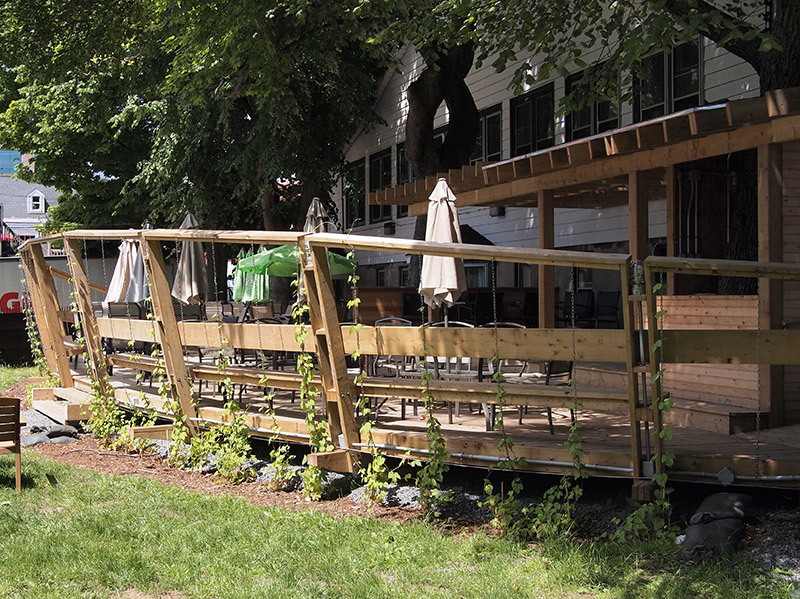 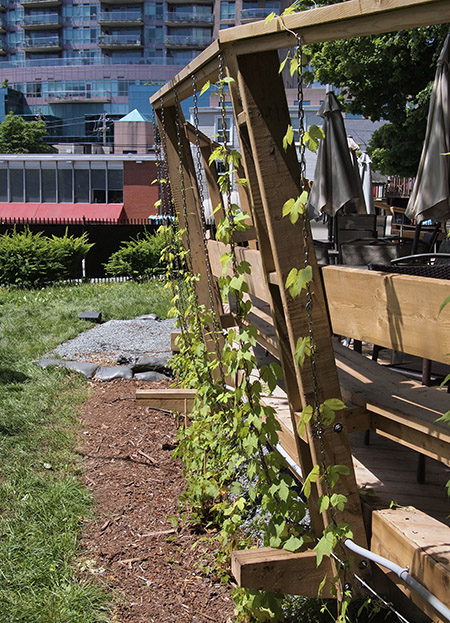 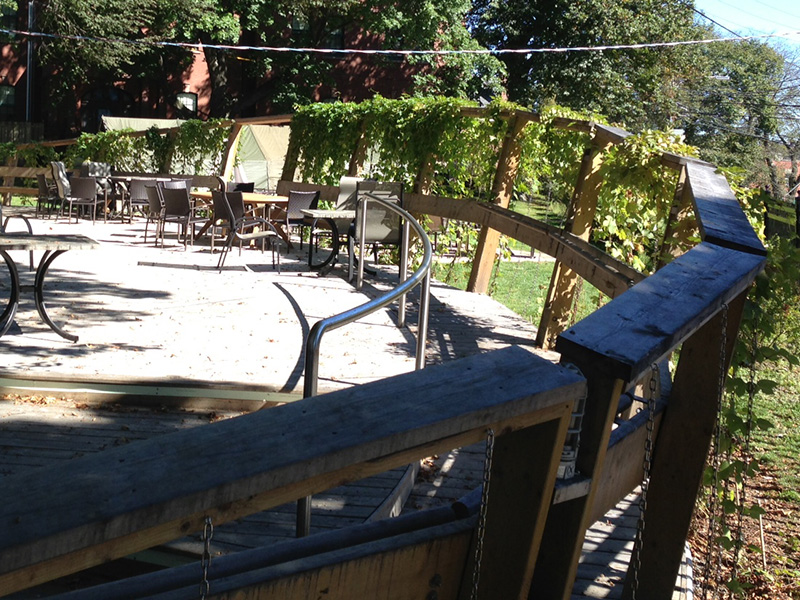 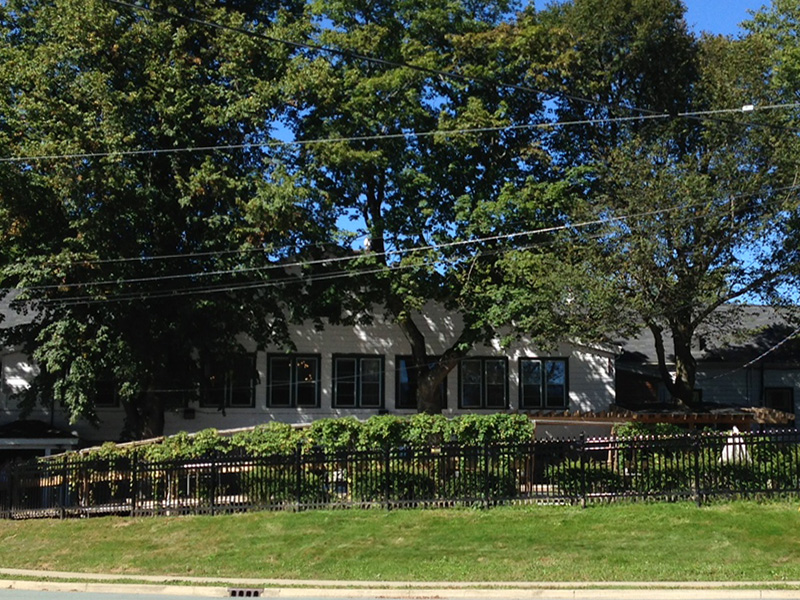 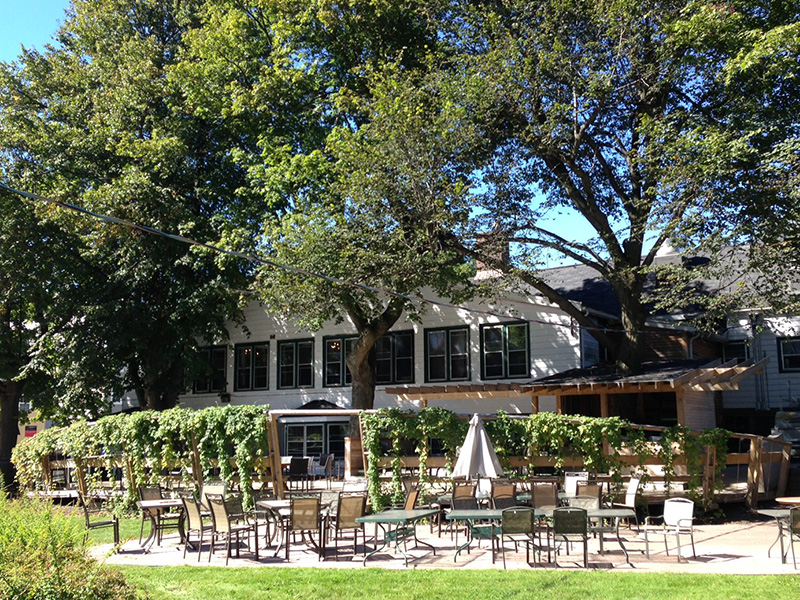 Deck for the Officer’s Pub, Royal Artillery Park, Halifax: capable of seating about 75 people in privacy, easily accessible by ramps from both the rear door of the pub and the parking lot, with a raised platform for speech-giving and for access to the pub kitchen, and with a barbecue shed that is also used for winter storage. Instead of tacking on the ramp as a begrudged obligation the deck and ramp form a single object. For the ramp to be as short as possible it needed to curve rather than be straight; combined with a curved site, bordered by a curved street, overlooked by a curved building this decision dictated the form. The deck is tucked close to the building, where the ellipse embraces the grand trees around which the structure is built. Uprights for a privacy screen are bolted to the beams, amplifying the structure and curvature of the deck; angled to create a seatback and rising up to a prow they create an assembly reminiscent of the gunwale of a ship. The upper deck and barbecue shed comprise the bridge and wheelhouse from which proceedings ‘on board’ are directed. The privacy screen uses climbing plants rather than solid material; hops (Humulus lupulus) seemed an appropriate choice of vine.